How a woman with dementia got caught in $1.3 million debt nightmare

A 91-year-old Aussie woman who is wheelchair bound, living with dementia and stuck in a $1.3 million debt trap for loan repayments she can’t afford, now faces losing her home.

“I will do everything in my power to make sure that does not happen. She needs to be where she’s comfortable,” Beryl’s daughter Deb told A Current Affair.

Beryl is a pensioner who not only struggles with dementia, but is also unable to speak because her throat is paralysed, and she requires full time care.

Beryl is a 91-year-old pensioner who is wheelchair bound and living with demntia. (A Current Affair)

Three years ago she was approved for a $1.3 million, 30-year loan, which has raised questions over how this could happen and who is to blame.

Her daughter Deb and her husband Patrick ran a motel in the Blue Mountains, and after a few tough years were forced to walk away from their business, with the couple losing their entire income.

And unable to make their loan repayments, the house Beryl lives in is now on the line.

But how did it happen? 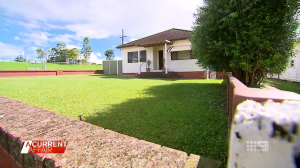 The family said default notices, collections phone calls, text messages and emails came in thick and fast and their house is next, but Beryl doesn’t want to go.

And her daughter said someone should be held responsible for what is happening to their family.

“Someone has to be accountable to tell desperate people ‘you can’t do this; this is going to go bad and you can risk losing everything’. That should’ve been told,” Deb said 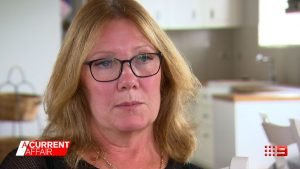 “Not just lend us money and then lend us more. They ended up lending us more than we asked for … because they just could. Someone should’ve sat us down and said, ‘hey this could all go wrong, nothing’s guaranteed’.”

CEO of Credit Reboot, Laurence Barlow, is now helping the family navigate their situation. According to Mr Barlow, Pepper Money should never have approved the loan.

“Not only is it sneaky, it’s blatantly a blatant breach of the regulations,” he said. “I’m very sure Beryl would have challenges repaying a 30-year mortgage at this age.”

In a statement to A Current Affair, Pepper Money said it’s aware of the circumstances surrounding Beryl’s loan.

Adding – it “does not exclude applicants based on their age.”

Beryl, 91, and her daughter Deb. (A Current Affair)

And it’s “goal is to work with the customer, free of judgement and to offer assistance to get them back on track”.

Senior financial planner, Neil Watson, said this can happen to anyone.

“People need to make sure they can afford the repayments. It’s all well and good when we’ve got historically low interest rates in Australia, but what if the interest rate goes up by one or even two per cent,” he said.

“It can make a significant issue with people and their affordability or ability to repay debt.”