Blog Most of the 90,000 Gold Coast Locals on the Credit Blacklist Shouldn’t Actually Be There, According to Experts

Most of the 90,000 Gold Coast Locals on the Credit Blacklist Shouldn’t Actually Be There, According to Experts

Around 90,000 Gold Coasters are currently on the credit blacklist, which means they are banned from borrowing through mainstream lenders.

This puts the Gold Coast as the third biggest area in the country for people with poor credit ratings – behind the much larger cities of Sydney and Melbourne.

Laurence Barlow, who is part of the team of ex-debt collectors who created a new Australian app, Credit Reboot, allows people to repair their credit from their mobile phone. The App finds errors in the way credit providers record their data, the lion’s share of Cairns locals now on the credit black list, shouldn’t actually be there at all.

“The reason so many people have black marks on their credit file is because the credit providers consistently break the new regulations – if they followed the regulations, these people wouldn’t have defaults on their file,” said Mr Barlow.

“People may or may not owe the money; we are not disputing that; the problem is many credit providers unwittingly break new credit reporting laws when they black list someone. They should understand people are struggling and help them with payment plans, instead of unjustly throwing them in the credit sin-bin for 5 years.”

“These guys are consistently being brought before the ombudsman over credit reporting mistakes made on consumer files – the number of complaints reported have skyrocketed by 200 per cent in the last two years.”

“This is where Credit Reboot helps the consumer get a complaint resolved and their file cleaned much sooner. The software runs more than 80 credit code tests, on a person’s credit file, in more than 90% of the cases, finds multiple errors, then prepares the documents which are emailed to the credit provider telling them to remove the blacklist or face fines. After they are removed, the App then helps the consumer negotiate payment plans and avoid problems in the future”.

Official reports show that some 40% of people blacklisted from traditional credit have an error in their file.

Based on his experience, Mr. Barlow said the actual figures are much higher, more likely twice that number – and people on the Glitter Strip appear to be struggling more than others.

“The Gold Coast consistently tops the charts for the highest number of people on the credit blacklist, per capita, outside of our two biggest cities.”

“With the Gold Coast’s bi-polar personality – by night one way, by day another – ordinary people can easily find themselves in the fast lane, ending up in a financial tailspin.”

“This is happening across the country but it’s compounded on the Coast because of the region’s more volatile economic landscape.”

“For many people who get into financial trouble and it comes time face the credit providers, it’s like taking a knife to a gun fight, they’re cornered– with their credit lines pulled, payment requested in full, forced into selling their assets or having their credit score destroyed.”

“The app allows the consumer to punch above their weight, because it uses the regulations in favor of the consumer. Also it has dozens on tips and insider secrets on how to handle credit departments and debt collects. The good news is, in most cases it’s all done by email, better to have it in writing, you don’t need to talk to them.“

“The majority of these credit problems stem from an unpaid mobile phone bill – the Telcos can’t be bothered negotiating for small debts under $3000, its easier for them to black list someone for five years – they can be brutal and in many cases they are breaking the regulations.”

“Most people don’t even realize what’s going on – they only find out they’ve been blacklisted when they next try to apply for a credit card, set up a new utility account or upgrade their car.”

“They are turned away.”

Mr. Barlow suggested the following tips for people on the credit blacklist:

Previously the Australian credit reporting system only recorded negative information such as defaults. With changes to the Credit Reporting Code in the last few years, it means that any information showing how you managed your credit will be incorporated into your credit score.

“Example, if you’re 14 days late on paying your credit card, that can be noted on your file for two years, driving your credit score into a ditch, said Mr. Barlow

“There’s an impending tsunami of credit entanglement heading for an unwitting Australian public.”

A string of scandals and controversies in relation to the major banks have led the Turnbull Government to hold an inquiry on the subject, with calls led by Labor and the Greens with strong support among the public, for a royal commission.

For more information, and to download the app, visit www.creditreboot.com.au 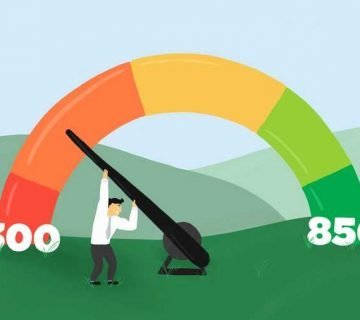 Your credit score will rule your life IF you let it!

Even more valuable than knowing your rights is making them work for you! We send credit & debt updates affecting you, your family and business every two weeks.

STEP OUT OF DEBT - WITHOUT LOSING YOUR MIND.

How you can legally reduce your debt, and keep your head during coronavirus, and a looming recession.